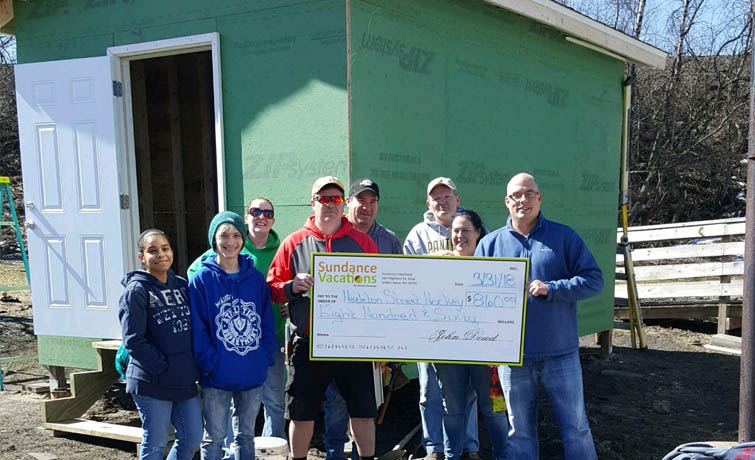 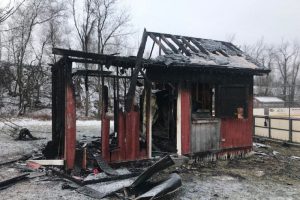 Every year the Sundance Vacations Wilkes-Barre VIP department raises funds and volunteers their time for a charity in their community. This year the VIP team decided to work with the Hazleton Street Hockey League! The Hazleton Street Hockey League suffered property loss in late December of 2017 when fire consumed their concession stand. Since the hockey league is a non-profit organization, they rely on league registrations and fundraising events in order to operate, but raise most of their money through the concession stand. In order for the league to operate this upcoming season they needed to replace the stand and all the contents inside. Without the communities help, this might have been the first time since the league was organized in the early 80’s that the youth of that area would of been without hockey.

Once Sundance Vacations VIP manager Rochell Z. heard about the fire, she knew she wanted to help. Rochell’s son use to play in the league, and although he’s older now, she still appreciated what the league meant to him. “Having the Hazleton Street Hockey League available for my son to play in was such a nice opportunity for him, and the community as a whole,” said Rochell.

On Saturday, March 31st, Rochell was joined by fellow employees of Sundance Vacations at the hockey rink to help scrape off the old sponsor labels so it can be repainted. Mary Jo P. from the Tamaqua Marketing Office came with her husband to help, and VIP employee Steve W. also came with his girlfriend to help. On top of volunteering, Rochell, Mary Jo, and Steve each sold a full board of Super Bowl blocks raising $100 each! (Super Bowl Boards contained 100 blocks that were sold at 2$ each prior to the Super Bowl, where you were able to guess who you believed would win based on the scores at the end of each quarter!). 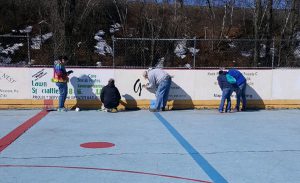 The VIP started fundraising for the HSHL in February by taking hoagie orders and a chance to purchase a dress down day for Monday, March 5th. Employees were able to order Italian and Turkey Hoagies. The VIP department raised a total of $860 for the hockey league from the hoagie/dress down sales and the Super Blow Blocks!

Rochell also plans to go back when the weather is nicer to help finish painting the yellow section of the boards and help stain the bleachers.

For more information on the Hazleton Street Hockey League check out their website here: https://hshl.weebly.com/ & http://www.leaguelineup.com/welcome.asp?url=hazletonstreethockeyleague

Follow us for information, updates, travel tips and news from Sundance Vacations: